Theme: Bullying is a terrible thing to have to endure. But returning fire with fire is not the way to go.

1. Matthew 7:12 is called the Golden Rule. It’s an important rule that works every time. Why do you think you should treat others the way you’d like to be treated?

2. In Matthew 18:23-34, Jesus told his disciples this story: There was a worker who owed his boss a huge amount of money, more than he could ever pay back. The boss demanded that the worker sell himself, his wife, and his children into slavery to pay back the debt. When the worker begged for forgiveness, the boss had pity on him and forgave him for everything. The worker then went out and found a man who owed him a little bit of money. When the man couldn’t pay him right away, the worker had him thrown into prison. When the boss found out what he’d done, he was very angry. After he forgave the worker for a huge debt, the worker threw a man in prison for a little debt! He had the worker arrested and thrown into jail until he could pay back all the money he owed. As you listen to this episode, think about how important it is to treat others the way you’d like to be treated.

“So in everything, do to others what you would have them do to you, for this sums up the Law and the Prophets”

1. What two rides did Morrie and Scooter go on at the circus?

2. What was the name of the magician’s monkey?

4. What did Morrie say that made the monkey go wild?

5. What did Magnifico want Morrie, Scooter, and Kenan to tell Skink?

A: That they were sorry they’d bullied him.

In this episode, Skink picks on Morrie, Kenan and Scooter at the circus. They use a magician’s monkey to get back at him—and find out why that was the wrong thing to do.

Over and over again, the Bible tells us that we should love other people. Jesus even said that loving God and loving others are the most important commandments in the Bible (Matthew 22:37-39). But sometimes it’s hard to know how to love other people.

That’s why Jesus gave us the Golden Rule. If we think about the way we’d like other people to treat us, and treat them exactly that way, we’ll be showing them love. Do you want people to be nice to you? Be nice to them. Do you want people to forgive you when you make mistakes? Forgive them. If you use that rule, you’ll be obeying Jesus’s commandment.

For the next week, keep track of ways that other people treat you that you like and don’t like. If a friend ignores you, write it down (or make a note in your phone). If someone you don’t know well waves and says hi to you by name, write it down. At the end of the week, look at what you’ve written. The things that you liked can give you ideas on how to treat others. The things you didn’t like can show you ways NOT to treat others. Now go out and put what you’ve learned into practice. 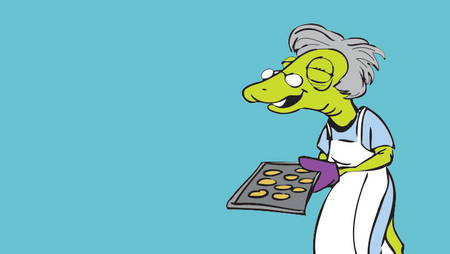