2. God told the Israelites to obey His laws. They didn't. Do you know what happened to them when they didn't obey God? Slavery. Every time Israel refused to listen to God, another country would fight them. That country would win and make the Israelites their slaves. After years of being slaves, Israel would remember God's words and ask Him for help, and God would send someone to rescue them. Then Israel would obey God again. Unfortunately, eventually Israel would again start disobeying God's commands. Yes, you guessed it: slaves again. The book of Judges tells this same story over and over and over. Only the names of the invading countries and the people God sent to rescue Israel seem to change. You can read one example of this in 2 Kings 17:7-23. Think about God’s disappointment over disobedience as you listen to today’s program.

“Children, obey your parents in everything, for this pleases the Lord”

1. What did instruction did Liz’s dad give Liz before he left on his business trip?

2. What made the watch so special?

A: It was an old family heirloom

3. What picture was on the front cover of the watch?

4. Why did Liz take the watch to school?

A: To show Skink

5. How did Liz’s dad find out that Liz took the watch?

A: After his dad noticed that the watch was working even though it wasn’t working before he left, Liz had to confess

God tells you to obey Him. Why? God is your Heavenly Father. He knows what bad things will happen if you don't obey him. He cares about you. God made his rules to keep you safe and happy. He wants you to live well, and the rules he created let you live well with him. Your parents want the best for you so they also use rules to keep you safe and happy.

There's another reason to obey God and your parents. Obedience is a gift. When you obey God, he knows that you love him. Your parents know that when you obey them, you love and respect them. Obedience not only keeps you safe, but it also shows your love. It's a very good rule to follow.

Play “Simon Says” with your friends or family. Choose one person to be “Simon,” and to give instructions for the family to follow. You should only obey if the person first says “Simon says” (for example, “‘Simon says’ jump up and down”). But if they don’t say “Simon says” (“Pat your head”), don’t do it! Change who is being Simon and play again.

This is a fun game that can lead into a good discussion with your family about obedience. God places a high value on obedience, but obeying isn’t always easy. Discuss why it can be hard to obey. Why is obedience so important for Christians? Are you doing all you can to obey your mother and father? How can you improve your obedience this week? Share your thoughts with your family. 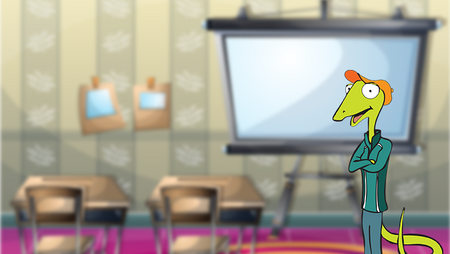